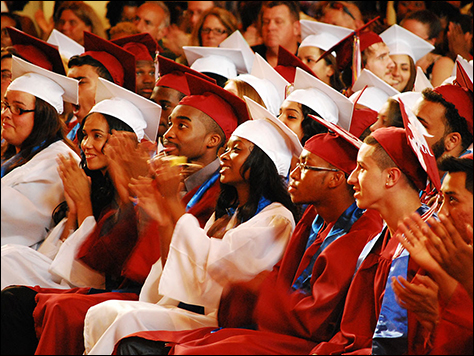 Research will play an important role at PromiseNet 2014 as studies from four prominent Promise programs will be examined.

First will be an examination of the early progress of New Haven Promise, presented by Dr. Gabrielle C. Gonzalez and Lindsay Daugherty of the RAND Corporation and Patricia Melton of New Haven Promise. Since Promise’s 2010 launch, RAND has been researching and analyzing its implementation and the changes in the college-going culture in New Haven. The results of that study will be the focus of a 10:30 am session on Thursday, November 20, at the Omni New Haven Hotel.

Dr. Gonzalez will moderate a second session — entitled Research from the Field: Three Studies of Promise — that afternoon, intended to give a close look at the results of Promise programs in Buffalo, N.Y., El Dorado, Ark., and Kalamazoo, Mich.

Syracuse University researchers Ross Rubenstein, Robert Bifulco and Honsung Sohn will present findings on the effects of Say Yes to Education in Buffalo, using rich administrative data from that City’s school district. They have estimated the impact of the college scholarship on high school completion and college going.

University of Arkansas researchers Dr. Gary W. Ritter and Jennifer W. Ash are similarly estimating the impact of the El Dorado Promise, particularly on high school graduation rates before and after its implementation. Their comparisons do not just include pre- and post-Promise rates in El Dorado, but also focus on similar students in similar school districts.

W.E. Upjohn Institute researchers Brad Hershbein, Timothy Bartik and Marta Lachowska have examined the longer-term effects of the Kalamazoo Promise, which will celebrate its 10th anniversary next year. Dr. Michelle Miller-Adams of Upjohn will present the findings and discuss the implications of the results on the possibility for place-based programs to promote educational opportunity and alleviate social inequality.

Dr. Miller-Adams will frame the conversation about the impact of Promise programs by drawing on her forthcoming e-book on the evolution of the Promise movement.

If there are other programs you think we've missed, please send us an email